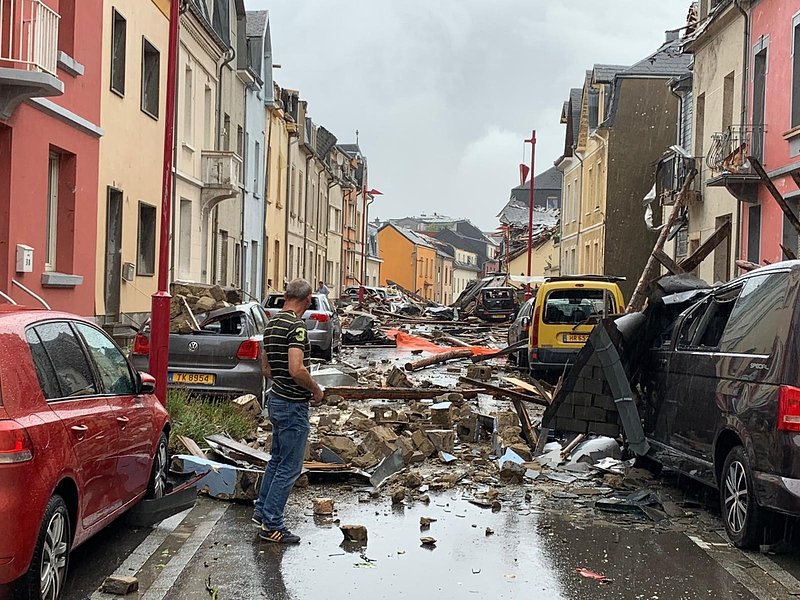 In this new series, we explore some of the darker and sometimes forgotten aspects of Luxembourg. Think sinister chapters of history, eerie folk tales, conspiracy theories, infamous criminals and contemporary issues. This week, we have a look at some of the worst natural disasters ever to hit Luxembourg.

Last Tuesday, a micro-earthquake measuring 1.9 on the Richter scale hit Luxembourg. The quake had its epicenter in Hesperange, the quake went broadly unnoticed and fortunately did not cause any damage or harm. Even though Luxembourg certainly counts as a safe country when it comes to earthquakes and other natural disasters, it would be wrong to think that it has never been fallen prey to natural catastrophes.

One of the worst tornadoes ever to rip through Luxembourg occurred less than five months ago. As you probably remember, the violent tornado left a trail of destruction in Petange and Bascharage in the Grand Duchy's southwest. Emergency services received more than 1000 calls, countless homes were severely damaged and 19 people sustained injuries. Four months on, the homes of some 26 families are still inhabitable. Images and videos on social media showed the tornado tearing down roofs and throwing debris and tree branches into the air.

It was not Luxembourg's only tornado. In 1999, a tornado hit Wiltz, wrecking several houses, blowing off roofs and wreaking havoc at a local camp site. Material damage was considerable but nobody was injured. 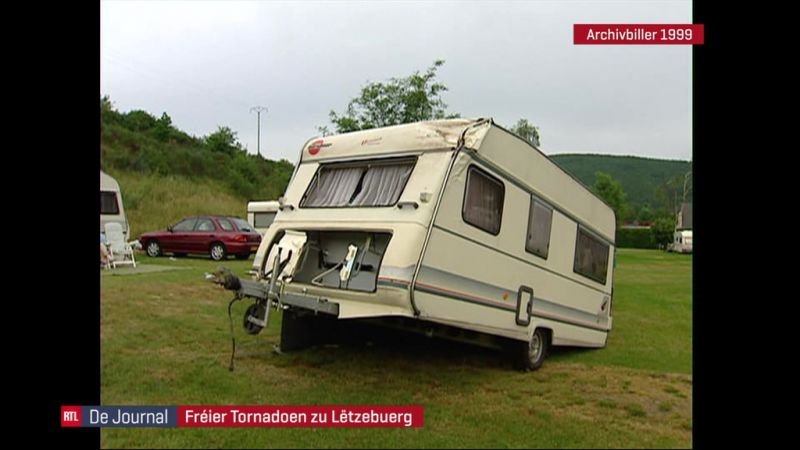 In 1990, another tornado ravaged Schlindermanderscheid in the north of Luxembourg. While it did not claim any victims, the tornado damaged a number of farms and houses. It also knocked over pylons and uprooted around 100 trees. 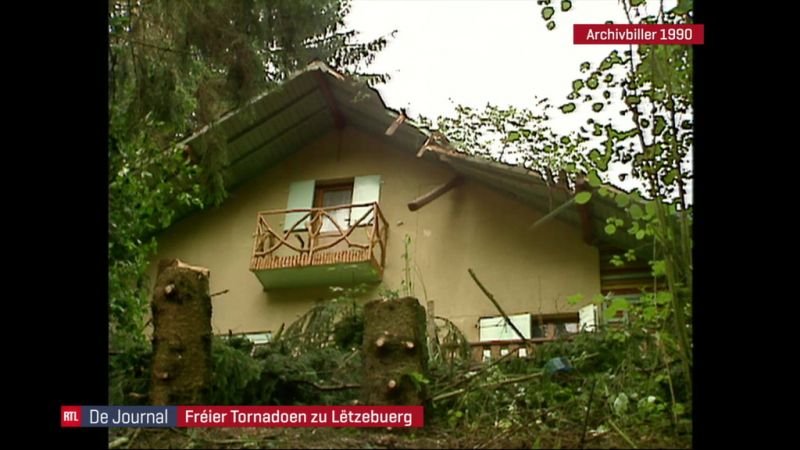 Fires are not a rare occurrence but they're seldomly the result of natural factors - and Luxembourg's firefighters have repeatedly proven they're on the ball when it comes to reacting quickly and efficiently. A notable forest fire broke out in the Grand Duchy’s north between Schlindermanderscheid and Consthum in August 2018.

Heatwaves and drought had been scorching Luxembourg for more than a week prior to the fire, which eventually affected an area measuring around 10 hectares. More than 130 firefighters were dispatched to battle the flames and bring the fire under control from two sides. The blaze was raging on a steep slope, which complicated their efforts. It took more than a day to extinguish the flames. 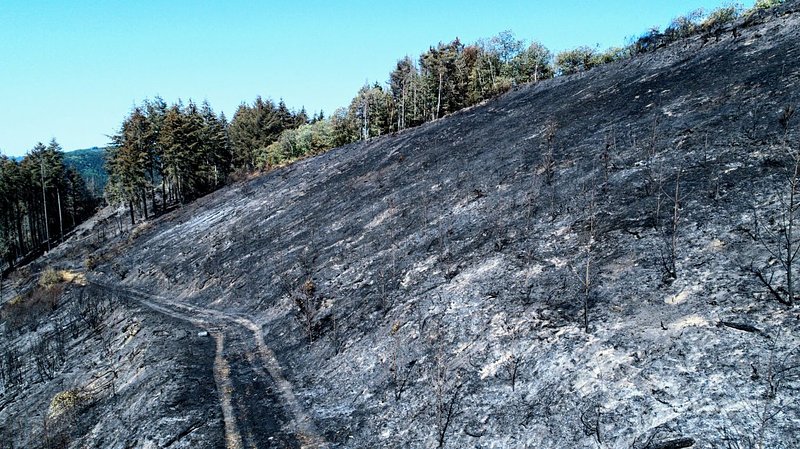 More pictures and videos can be found here.

Speaking as someone who experienced the disastrous Lombok earthquake in Indonesia first-hand last year (6.9 on Richter scale), I believe it's fair to say that Luxembourg's earthquakes have, historically-speaking, been more even-tempered - which does not mean they don't exist. On 22 February 2003, a 5.4 magnitude earthquake rattled the French city Saint Dié. The quake was felt in Luxembourg: around 200 concerned residents phoned the Grand Duchy's emergency call centre. The earthquake did not cause any damage.

Another earthquake caused (minor) panic in 1976. Countless residents reported that windows were trembling and paintings jumping off the walls. Luxembourg, as it turned out, was feeling the shocks of the 1976 6.5 Friuli earthquake, which occurred in northeast Italy. The quake killed 978 people in Italy and 157,000 were left homeless.

An earthquake that many Luxembourgers will probably never forget was the 1992 Roermond earthquake. it was the strongest recorded earthquake in the Netherlands and in Northwestern Europe. It caused considerable damage to buildings in the Netherlands as well as Germany and Belgium. 40 people were injured. Luxembourg escaped unharmed but countless alarmed residents called the emergency services in panic - many of them were worried that something had gone wrong at Cattenom nuclear power plant.

The most recent disastrous floodings occurred after heavy rainfall on 1 June 2018. The areas hit the hardest were Greiveldange and Mullerthal. The scenic Mullerthal's hiking trails were severely damaged, several roads and houses destroyed. A number of local businesses were forced to close. 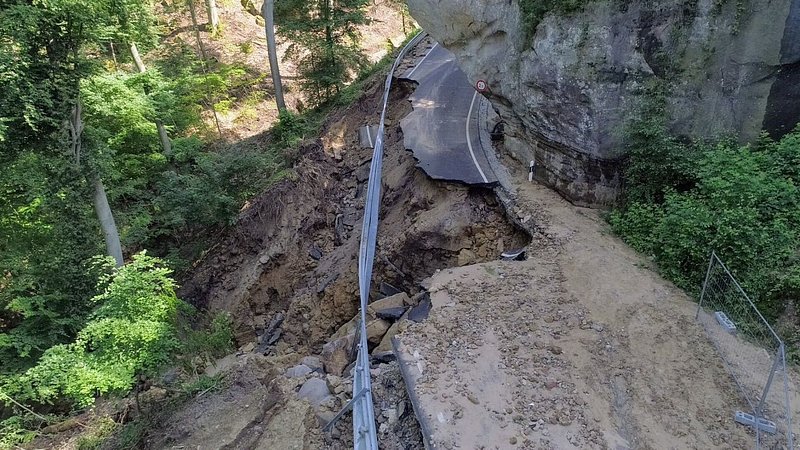 The 2018 floodings were not a first in Luxembourg.The flood risk has historically been one of the highest natural risks in Luxembourg. Some regions have been devastated by floods several times: the Moselle valley in 1983 and the Sure valley in 1993, 1995, 2003 and 2011.

1995 floods in Ettelbruck. / © http://ettelbruck.lu/wp-content/uploads/2014/02/Bassin-de-rétention-de-la-Wark.pdf
1995 flooding disaster in Ettelbruck and Warken. / © http://ettelbruck.lu/wp-content/uploads/2014/02/Bassin-de-rétention-de-la-Wark.pdf
January 1993 floods in Mersch. / © https://eau.public.lu/directive_cadre_eau/directive_inondation/1er-cycle/HWRML-PL_final/HWRM-PL_2015_final_151218.pdf
2011 floods in Echternach. / © https://eau.public.lu/directive_cadre_eau/directive_inondation/1er-cycle/HWRML-PL_final/HWRM-PL_2015_final_151218.pdf
The photos published on this site are subject to copyright and may not be copied, modified, or sold without the prior permission of the owner of the site in question.

One of the deadliest lightning strikes in history

Did you know that Luxembourg City fell prey to one of history's deadliest lightnings in the 19th century? The number of casualties and exact location vary depending on the source but one thing is clear: a deadly lightning struck Luxembourg on 26 June 1807.

The entire story can be found here:

The above list is not exhaustive. Do you know of any other natural disaster not mentioned in the article? Email me at gerry.erang@rtltoday.lu

Note: pandemics and man-made catastrophes will be covered in separate installments.