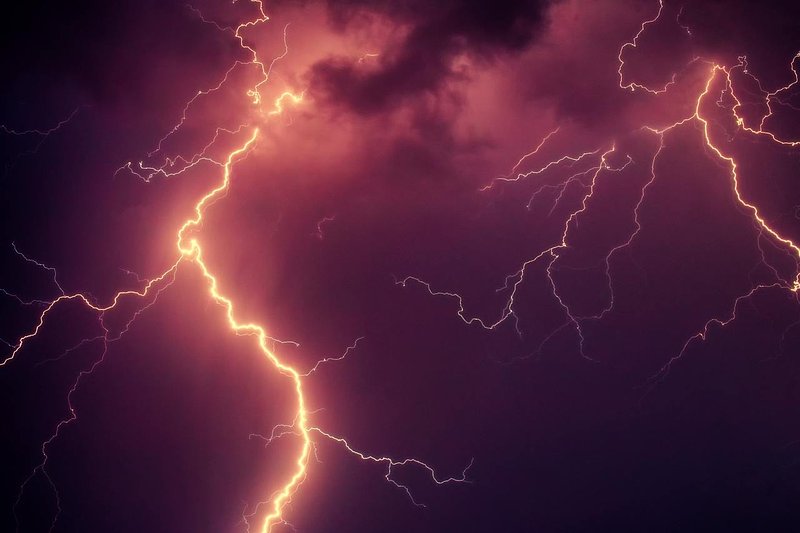 Did you know that Luxembourg City fell prey to one of history's deadliest lightnings in the 19th century?

The number of casualties and exact location vary depending on the source but one thing is clear: a deadly lightning struck Luxembourg on 26 June 1807.

According to the History Channel, the lightning struck the fortress in Kirchberg. At the time, Luxembourg was invaded by Napoleon's army and the French leader used the fortress to stockpile gunpowder and ammunition. The lightning ignited the ammunition and triggered a huge explosion. The author of the history channel article also claims that the incident killed more than 300 people and destroyed two entire blocks, which, however, seems doubtful considering the geography of Kirchberg.

According to another relatively recent article in Tageblatt, the lightning struck a tower in the Verlorenkost neighbourhood in Luxembourg City. This account seems more likely: the author claims that 224 powder kegs exploded, killing 32 and injuring 120. Large parts of the Grund neighbourhood were reportedly also destroyed.

According to the original London Times article (see screenshot below), " this city has been plunged into the greatest consternation and distress." The article speaks of 18 fatalities and 40 wounded.

On 23 December 1975, a lightning struck a hut in eastern Rhodesia (now Zimbabwe). 21 people were killed.

A lightning strike also indirectly killed almost 500 people in Egypt in 1994. A severe thunderstorm resulted in flash flooding. The floods triggered the collapse of three large oil tanks. Another strike then hit the dangerous mixture of water and fuel, and the blazing floodwaters swept into a nearby village.