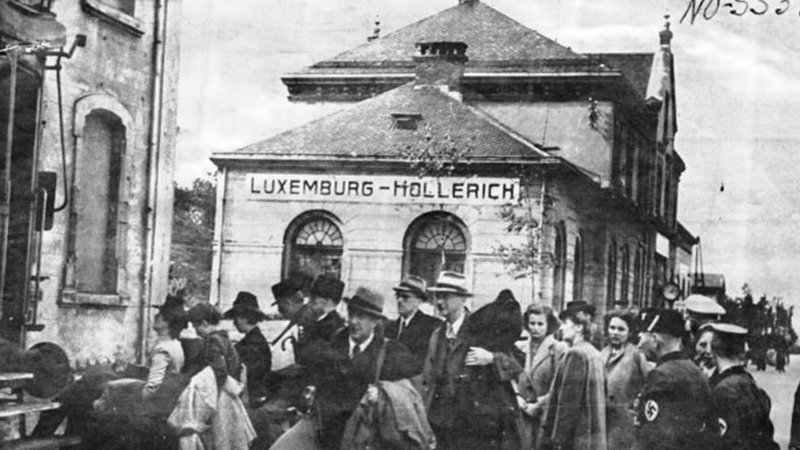 No photos exist of the Jewish deportations from Luxembourg. The above photo shows the 'Umsiedlung' campaign, in which Luxembourgers were forcefully resettled in eastern Europe for refusing to collaborate with the Nazi regime. Other Germanic people left for the East on a voluntary basis. / © Public domain

On Thursday, Luxembourg remembered the Jews who were deported to the Litzmannstadt ghetto 78 years ago on 17 October 1941. In light of this commemoration, this week's history article will explore one of the many tragic aspects of the Nazi occupation of the Grand Duchy.

The Nazi occupation in Luxembourg remains entrenched in public memory. From May 1940 to September 1944, the Nazi regime invaded the Grand Duchy and occupied the country, implementing policies like the Nuremberg Race Laws and banning speaking French.

The Luxembourgish people suffered in many ways under the occupation and the Grand Duchy was not immune to the persecution of the Jewish people. What started as a population of 3,900 (figures vary between 3,500 and 3,900) Jews before the war quickly dwindled through deportations and many of those Jewish people fleeing towards Vichy France, but also being deported to concentration camps from France.

The Jewish population in Luxembourg was made up of Jews who had emigrated from eastern Europe as well as German Jews fleeing towards the Grand Duchy. During the first year of the Nazi occupation, the Germans introduced the Nuremberg Race Laws in Luxembourg as well, which were a series of racist and antisemitic laws stripping Jewish people of their rights. These antisemitic laws included making Jews wear badges with yellow stars and the word 'Jude'.

However, until 15 October 1941, Jewish people were still in practice able to leave the Grand Duchy - and some 2,500 did so, fleeing for Vichy France. There were two waves of emigration from Luxembourg - 1,650 left the country when the Nazis invaded and a remaining 1,600 were forced to flee during the first year of the occupation. Of those who escaped to France, many were later captured and deported to extermination camps like Auschwitz, but some also had American visas and were able to escape to the Allied country.  By October 1941, estimates suggest that only around 800 Jews remained in Luxembourg, of which 80% were over the age of 50. 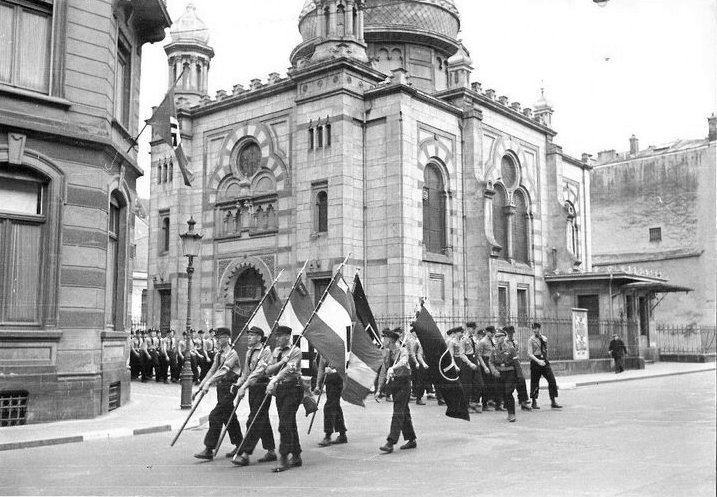 A 1941 Nazi parade in front of the Luxembourg City synagogue, which used to be at the corner of Rue Aldringen and Rue Notre-Dame. The synagogue was destroyed between August and October 1941. / © Public domain

The deportation of 323 Luxembourgish Jews on 17 October 1941 was the first deportation to take place from Luxembourg, more specifically at the Central train station in Luxembourg City.  Other Luxembourgers were forcefully resettled in eastern Europe due to their political affiliations. These Luxembourgers were deported from Hollerich train station. The current street name of the station commemorates all victims deported, as the road is now named Rue de la Deportation. Hollerich was the main gathering sites for both Luxembourgers forced to conscript as well as other political resistance members and the "Ëmsiidler" ('the resettled').  The Jewish victims of the Nazi regime were, however, loaded onto trains from the main station and, on occasion, from Troisvierges and deported to ghettos and death camps, mainly Litzmannstadt/Lodz, Auschwitz, Theresienstadt, and Izbica.

The remaining Jews, of which we know many were older and some were ill, were detained at the only internment camp in Luxembourg, which was the disused former Jesuit convent in Cinqfontaines. Here, Jews were imprisoned ahead of being deported to Nazi-occupied eastern Europe. According to figures supplied by the Resistance Documentation and Research Centre (Centre de documentation et de la recherche sur la Résistance), there were seven trains that departed Luxembourg with Jewish people on board.

The first, as we know, left shortly after midnight on 17 October 1941. Between 1941 and 17 June 1943, a further six trains deported a total of 658 Jews to ghettos and death camps. Of the first train, only 11 out of the 323 victims survived. The survivors tally was certainly bleak: 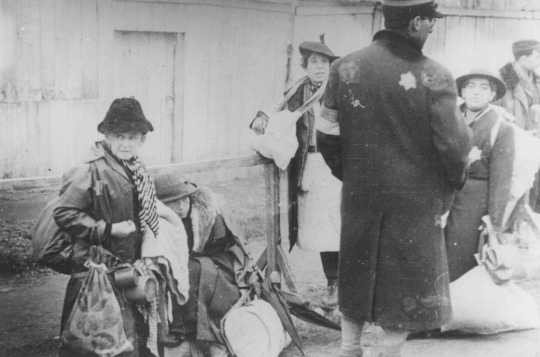 A further 400 to 450 Jews originating from Luxembourg were arrested and deported in France and Belgium, sent to Auschwitz, Majdanek, and Sobibor from Drancy and Malines. Reports also detail that around 50 Jews were individually arrested and tortured at the Villa Pauly, which was taken over as the Gestapo headquarters during the war. Whilst these figures are the most specific, other sources claim that only 36 Luxembourgish Jews survived the Nazi camps. If this latter figure is correct, then we can perhaps presume that the remaining survivors outlived the ghettos in occupied Poland.
After the first deportation and once the other Jews had been imprisoned at Cinqfontaines convent, the Nazi regime declared Luxembourg to be 'judenrein' (cleansed of Jews) on 19 October 1941. Of the four synagogues existing in Luxembourg prior to the war, the Nazis destroyed the Luxembourg City and Esch-sur-Alzette synagogues in 1941. Remaining synagogues in Ettelbruck and Mondorf-les-Bains were badly damaged. Whilst the Luxembourg City synagogue was rebuilt, the site where the Esch-sur-Alzette one was located was renamed Place de la Synagogue in 1985 after standing empty for decades and turned into a memorial in 2004.

The first synagogue in Esch-sur-Alzette circa 1900, later destroyed by the Nazi occupiers. / © Public domain
Place de la Synagogue in 2006, where the old synagogue used to stand. / © By Zinneke at lb.wikipedia, CC BY-SA 3.0, https://commons.wikimedia.org/w/index.php?curid=17708278
The photos published on this site are subject to copyright and may not be copied, modified, or sold without the prior permission of the owner of the site in question.

There is a strong culture of remembrance in Luxembourg. Nowadays, the Hollerich train station hosts a museum commemorating the victims of the Nazi regime in Luxembourg and is more generally dedicated to those deported or forcefully conscripted. Alongside annual commemoration ceremonies, organisations take secondary school students on an academic visit to Auschwitz, a harrowing but necessary visit.

Nathalie Lodhi is an editor and translator for RTL Today with a keen interest in history. Special thanks to Mil Lorang, who provided a number of clarifications concerning figures, dates, and the deportation locations. For those interested in further reading on the subject and the list of Jewish deportees, Lorang's upcoming book on the persecution of Jews in Luxembourg under the Nazi occupation "Luxemburg im Schatten der Shoah" is due to be published by Editions Phi at the end of October.