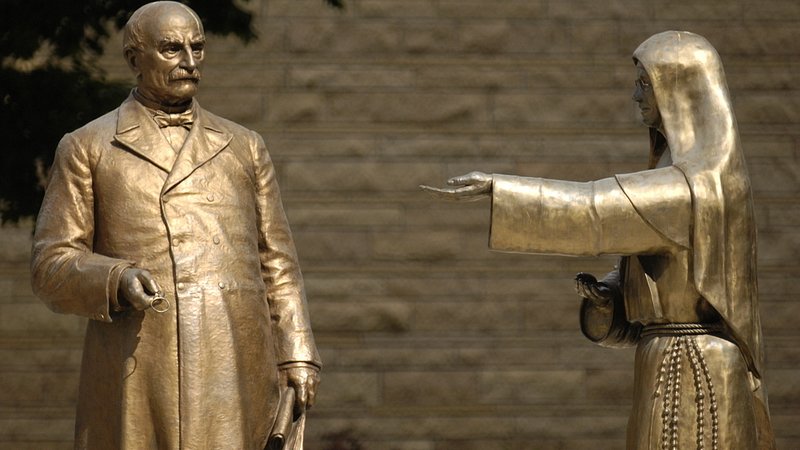 The historical connections between Luxembourg and the United States are certainly extensive. One figure who comes to mind is Edward Steichen, the Luxembourgish American photographer and painter whose work is exhibited at Clervaux Castle.

There are other prominent figures who show the ties between the US and Luxembourg. One notable way of forging communities and establishing links through migration is religion, which plays a central role in today's article exploring those Luxembourgish figures abroad.

The founder of St Mary's Hospital in Rochester, Minnesota, was actually born and raised in Luxembourg. At face value, this might not sound like much but St Mary's Hospital ultimately became a part of the world-renowned Mayo Clinic. In this article, we explore just how Mother Mary Alfred Moes was instrumental in founding the hospital and encouraging Dr William Mayo to put his funding and support in setting up the hospital.

From Remich to Rochester 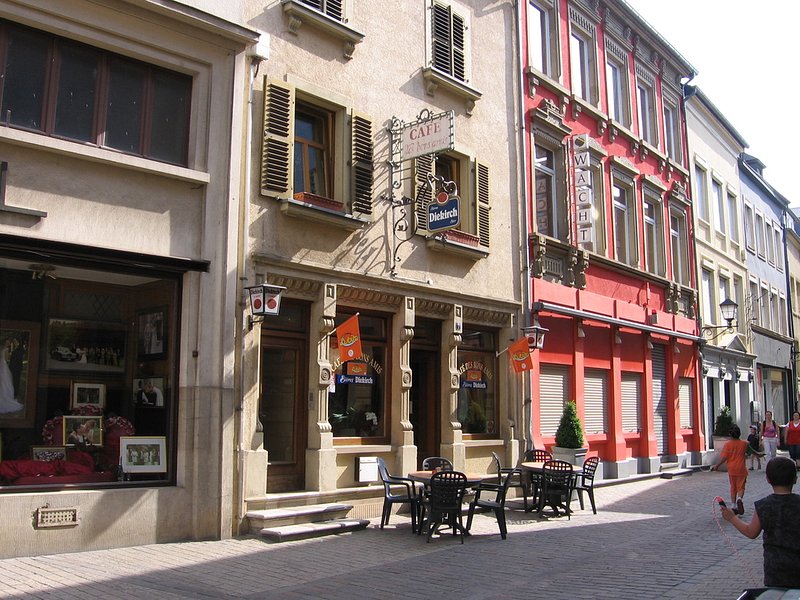 Maria Catherine Moes was born in Remich on 28 October 1828, the eighth child born to prosperous blacksmith Gerard Moes. Moes was one of many Luxembourgers to emigrate to the United States, although her motivation followed the preaching of Bishop John Henni of Milkwaukee, who went on to serve as the first Archbishop of the Archdiocese of Milwaukee, Wisconsin from 1843 to 1881. Mary and her sister Catherine chose to emigrate after Henni spoke of the need for teachers, especially among Native Americans.

On 27 September 1851, Mary and Catherine set sail for New York from Le Havre. Fausto Gardini writes that both sister were recorded as having the Netherlands as their country of origin on the passenger manifest. Given Luxembourg had the same monarch as the Netherlands, this is perhaps unsurprising although Luxembourg was by this point a separate sovereign state.

Sister Carlan Kraman, who wrote a biography of Mother Alfred - as she would later become known - wrote that Mother Alfred perfectly reflected the determination of the Luxembourgish motto, "We want to remain what we are."

The two sisters travelled to Milkwaukee to meet with Bishop Henni, who arranged for them to both learn English and join the Sisters of Notre Dame. Both sisters however left the school before making their final vows, with Mary being dismissed for both a 'lack of a religious spirit' and 'want of a calling.' Both Mary and Catherine then joined the Sisters of the Holy Cross, working in La Porte, Indiana for some time, and where they finally took their religious vows and became Sister Alfred and Sister Barbara.

However, Sister Alfred's wilful spirit led to further difficulties, as despite being named school director in La Porte, she was dismissed from the congregation for 'acting impudently' and 'repeated disobedience.' Nowadays, these characteristics can be seen as aspects that made her a natural leader, but religious leaders expecting unquestioning obedience struggled with the Luxembourg-born nun. Nethertheless, Sister Alfred learnt from her experiences, observing the dedicated care the congregations gave to victims of smallpox, tuberculosis and diphtheria.

From Holy Cross to Franciscan order

On 1 June 1863, Sisters Alfred and Barbara joined the Franciscan order in Illinois, although the cause of this denomination change remains unknown. The Bishop of Chicago approved the nuns as the first community of Franciscan Sisters in Illinois, and Sister Alfred went on to found two religious orders: one in Joliet, Illinois, and the other in Rochester, Minnesota. As the founder of these communities, she became known as Mother Alfred Moes.

Devastation hits Rochester and the birth of a hospital

Some twenty years after joining the Franciscan order, Mother Alfred found her true calling. On 21 August 1883, Rochester was hit by an estimated F5 tornado, which caused 37 deaths and more than 200 casualties. North Rochester, known as Lower Town, was left destroyed. 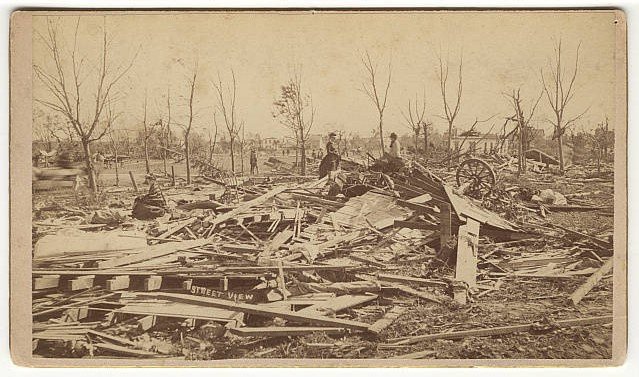 Dr William Worrall Mayo set up a makeshift hospital with his two sons, and called upon the help of Mother Alfred and her congregation. For Mother Alfred, the need for a permanent hospital was clear. She urged Dr Mayo to set up a hospital despite his doubts and pledged the help of the Franciscan Sisters in doing so, telling Mayo "With our faith and hope and energy, it will succeed."

She accumulated funds by imposing a frugal lifestyle on the congregation, who approved building the hospital some four years later. The property for the hospital was purchased towards the end of 1887 at a cost of $2,300. Alongside the Drs Mayo, she set up the hospital in 1889, highlighting the principle of the Franciscan Order: "The cause of suffering humanity knows no religion and no sex; the charity of the Sisters of St. Francis is as broad as their religion." 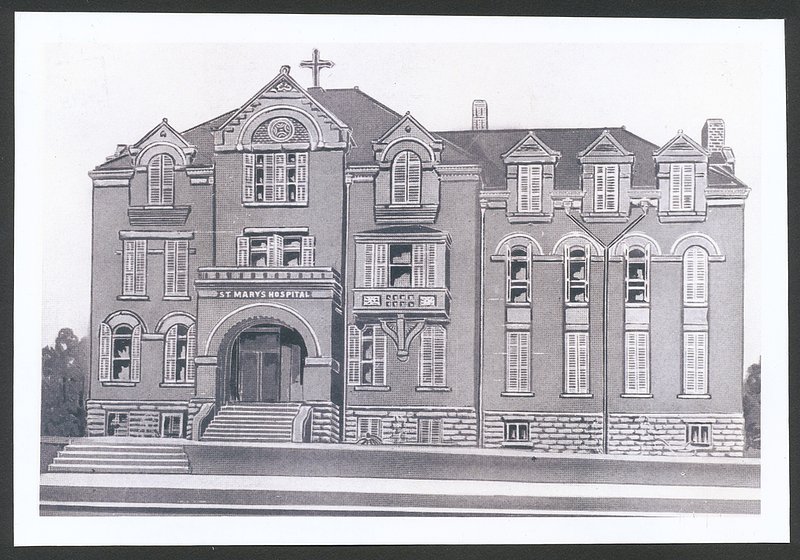 However, again Mother Alfred met resistance. According to Gardini, some of the sisters reported to Archbishop John Ireland that Mother Alfred had diverted the mission away from its original purpose. The Archbishop retired Mother Alfred as mother superior, yet again she did not let this stop her. Mother Alfred took charge of Saint Mary's Hospital until August 1890.

Mother Alfred died in 1899, but the hospital continued to prosper and today is known as part of the Mayo Clinic, officially belonging to the campus as of 1986 and her legacy continues to thrive as the clinic does. 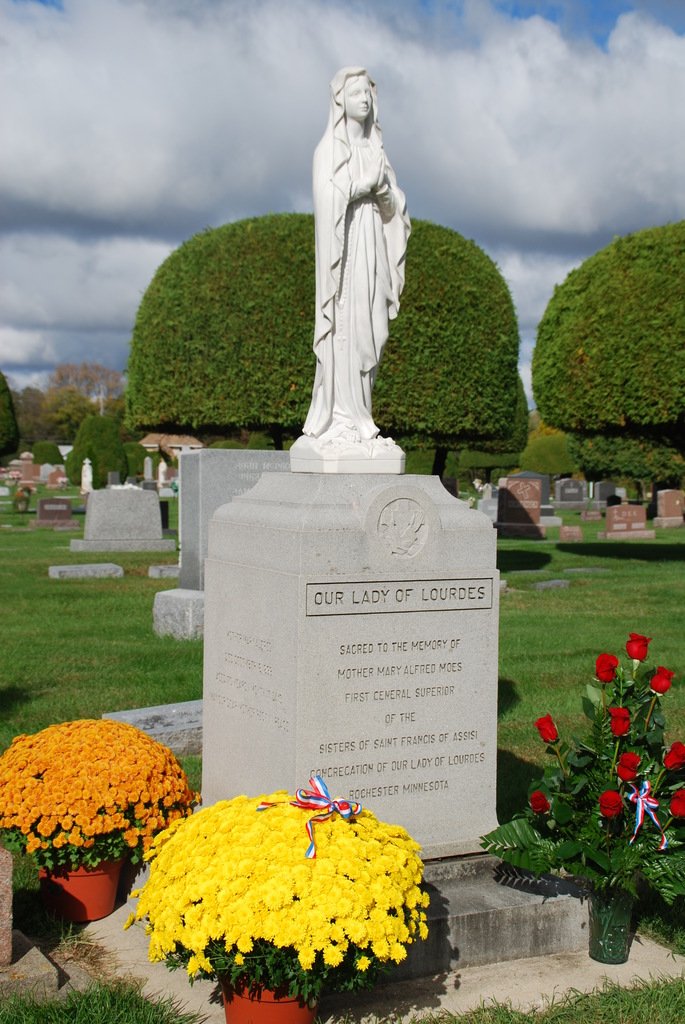 Nathalie Lodhi is an editor and translator for RTL Today with a keen interest in history. Many thanks to Kevin Wester, longtime executive director of the Luxembourg American Cultural Society, for supplying information and photographs on Mother Alfred Moes, including an article by Fausto Gardini.