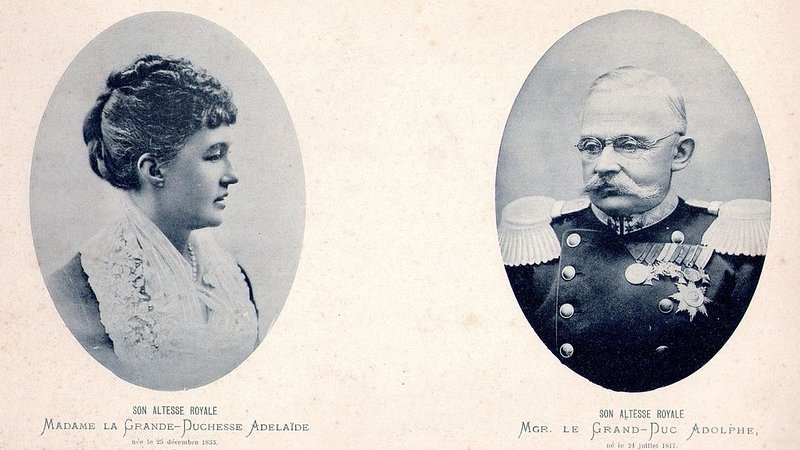 The House of Nassau-Weilburg is currently the royal house that rules the Grand Duchy, but the first Grand Duke of that line remains rather unknown.

After all, when the Grand Duchy was formed, it was under the House of Orange-Nassau and William I, also the King of the Netherlands. The first three Grand Dukes of Luxembourg were Williams I through III, but the personal union between Luxembourg and the Netherlands ended with the death of William III in 1890.

A little thing called Salic law prevented William's daughter Wilhelmina from ascending the Luxembourgish throne in tandem with the Dutch throne. Wilhelmina (you see a trend following with this name, don't you) is known as the longest-serving Dutch monarch, ruling throughout both World Wars and the decline of the Dutch Empire, but was ineligible to succeed her father as Grand Duchess. Salic law prevented women from succeeding their fathers, which meant that the Grand Duchy then went to a distant relative on the Nassau side of the family.

From Duke to Grand Duke

Cue Adolphe, the former Duke of Nassau, most likely known amongst Luxembourgish residents as the namesake of the Grand Duke Adolphe bridge. You could perhaps suggest that Adolphe had a pleasant promotion during his later life. He reigned as Duke of Nassau from 1839 to 1866, at which point that dastardly Prussia annexed the Duchy to its own Kingdom.

Grand Duke Adolphe of Nassau-Weilburg. / © Public domain
The image shows Duke Adolphe in his capacity as regent present at the Chamber of Deputies's oath-taking session on 11 April 1889. L.J Emmanuel Servais, then-president of the Chamber of Deputies, is reading whilst Adolphe's heir stands at his side. / © By Charles Bernhoeft - Emmanuel Servais, Autobiographie, Publications de la Fondation Servais, Mersch, Public Domain, https://commons.wikimedia.org/w/index.php?curid=47679742
The photos published on this site are subject to copyright and may not be copied, modified, or sold without the prior permission of the owner of the site in question.

William III suffered from a kidney ailment in his later years, during which time Adolphe took over as regent of the Grand Duchy. When William III died aged 73 in 1890, Adolphe succeeded him as Grand Duke of Luxembourg, also aged 73.

So, you may ask, how exactly were William III and Adolphe related, in fact? William III married Adolphe's niece by way of his half-sister, Emma of Waldeck and Pyrmont. Adolphe was also William III's 17th cousin once removed through the male line (remember, the agnatic/patrilineal line was especially significant in the Salic law established in the Nassau Family Pact of 1783). The succession of Adolphe is incidentally the greatest distance over which a crown has been inherited, so there's a fun fact to remember the next time somebody asks 'What is there even to know about Luxembourg?'.

So, this very distant cousin ends up inheriting the Grand Ducal throne, which could certainly be viewed as a promotion from being the Duke of Nassau. With Adolphe's ascension, the ruling house became the House of Nassau-Weilburg, leaving the House of Orange-Nassau behind.

William III did have three sons, all of whom he outlived. However, one other member of the house did rule Luxembourg for some time - Prince Henry was the Lieutenant-Representative of Luxembourg from 1850 to his death in 1879, where he died at Walferdange Castle, now part of the University of Luxembourg. William III, who became King and Grand Duke in 1849, charged his younger brother with governing the Grand Duchy.

A postcard depicting Walferdange Castle circa 1879. / © Public domain
Walferdange Castle in 2011, now a part of the University of Luxembourg. / © By Ipigott - Own work, CC0, https://commons.wikimedia.org/w/index.php?curid=14729348
Prince Henry of the Netherlands, younger brother to Grand Duke William III, also the Lieutenant-Representative over Luxembourg between 1850 and 1879. / © Public domain
The photos published on this site are subject to copyright and may not be copied, modified, or sold without the prior permission of the owner of the site in question.

Returning to Adolphe, the first Grand Duke of the Nassau-Weilburg line was also the first Luxembourgish monarch to introduce the concept of the monarch remaining distant from day-to-day politics, granting Prime Minister Paul Eyschen the responsibility of the affairs of state.

A mere generation later, the laws of succession in Luxembourg changed. Adolphe's heir and successor William IV, who reigned from 1905 to 1912, had six daughters and no sons. Grand Duke William IV referred back to the Nassau Family Pact two years after ascending the throne and determined that he had no agnatic (through the male line) successors, as the branch of the Count of Merenberg was ineligible to succeed the House of Nassau. 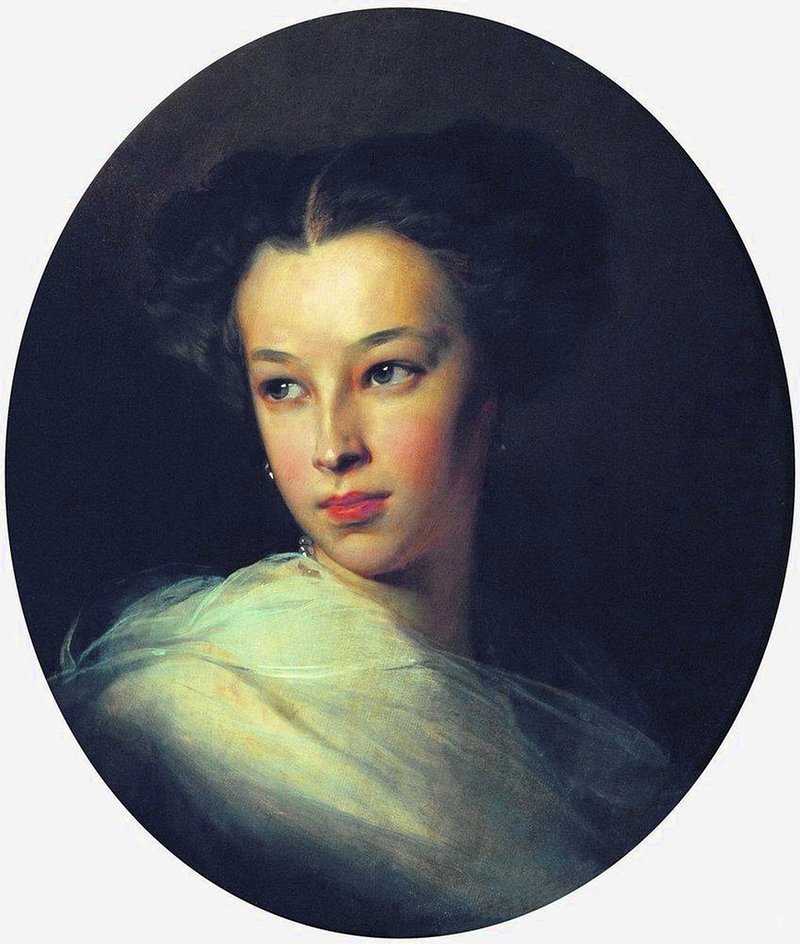 This branch concerns the heirs of Prince Nikolaus Wilhelm of Nassau, the younger half-brother of Grand Duke Adolphe, who married morganatically, which is to say he married below his rank, as his wife Natalia Alexandrovna Pushkina (the daughter of the Russian writer Alexander Pushkin), an untitled member of the nobility. Upon Prince Nikolaus's death, his son Georg Nikolaus, the Count of Merenberg, was the last agnatic heir of the House of Nassau. However, the morganatic nature of his parents' marriage prevented him from being the next Grand Duke of Luxembourg upon William IV's death.

William IV deemed Georg Nikolaus as ineligible and instead passed a family statue naming his eldest daughter Marie-Adelaïde as heir to the throne. Marie-Adelaïde in turn abdicated in favour of her sister, Grand Duchess Charlotte, which brings us to the first article in our popular Luxembourg's Royals series! Marie-Adelaïde's abdication in of itself warrants exploring at a later date, but the tale of Luxembourgish succession laws may sound dry at first glance, but reveals some fascinating 'what might have beens'.

Grand Duke William IV / © Public domain
A postcard showing Luxembourgish photographer Charles Bernhoeft's photograph of Grand Duke William IV, Grand Duchess Marie Anne, and princesses Marie-Adélaïde, Charlotte, Hilda, and Antonia. Photograph circa 1900. / © Public domain
The photos published on this site are subject to copyright and may not be copied, modified, or sold without the prior permission of the owner of the site in question.

I personally find counterfactual history fascinating to contemplate, especially in this case. If the issue of morganatic marriages had been considered more scandalous than cognatic (descent through the female or male line) successions, then Luxembourg's monarch at one time could have been a descendant of the founder of modern Russian literature.

----
Nathalie Lodhi is an editor and translator for RTL Today with a background in history. This series on Luxembourg's history sees her inner historian deplore the lack of academic writing (where are the references?!) whilst trying to keep the series interesting.