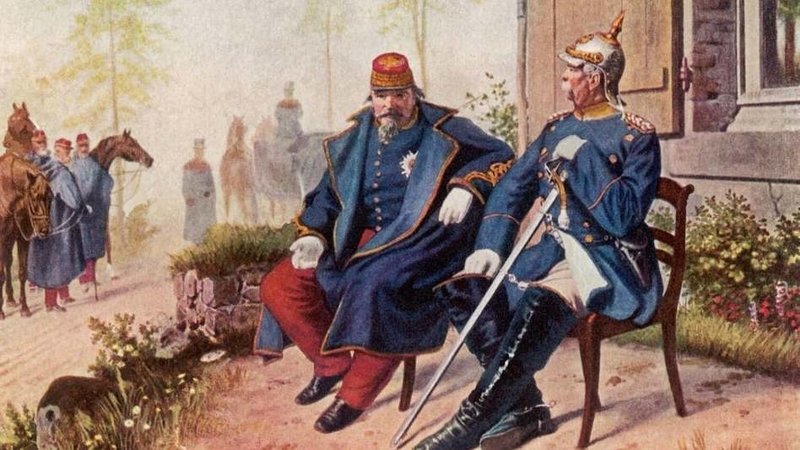 The meeting of Napoleon III and Bismarck after Napoleon's capture at the Battle of Sedan, 1870. Art by Wilhelm Camphausen, 1878. Our two protagonists of this article. / © Public domain

Our next article in our ongoing series on Luxembourg's history has the Grand Duchy at the epicentre of the whole episode...but doesn't feature a whole lot of Luxembourgish agency.

The Luxembourg Crisis of 1867 naturally revolves around Luxembourg and its sovereignty, but appeared to be almost entirely seen as a diplomatic dispute between two other sovereign states of Europe - France and Prussia. Alternatively, historians tend to take that approach, which means that a Luxembourgish viewpoint could certainly be explored as a means to give another perspective on the matter. At any rate, we can describe this incident as European statesmen beefing over turf, as they were wont to do back in the day.
The Luxembourg Crisis certainly sounds like a dramatic event, which may have affected the lives of all those living in Luxembourg. But did it?

Not really. You could possibly view the Luxembourg crisis as Bismarck and Napoleon III squabbling over a toy, except the toy is Luxembourg. If I were a cartoonist, I would certainly draw a caricature of this but my talents do not lie in my drawing skills. But yes, basically the two leaders of Prussia and France had a tantrum about who could become the 'owner' of Luxembourg, which almost escalated into war. So the crisis could have affected Luxembourg’s citizens, but it didn’t. Throughout my years studying history, my mind has always been boggled at the idea that people felt they could claim ownership over an entire country and that country’s citizens. What gives them the right? As you can imagine, I had an absolute field day studying colonialism.

Back to the pseudo-colonialism at hand in Europe, then! Let’s introduce the main performers in this fascinating squabble: on the right, we have Otto von Bismarck, the man revered by military fanboys as the powerhouse of Europe at the time, and on the left we have Napoleon III, the nephew of that dictatorial emperor Napoleon I (it’s in the name), who was France’s first president…and then emperor because he didn’t get re-elected because screw democracy. 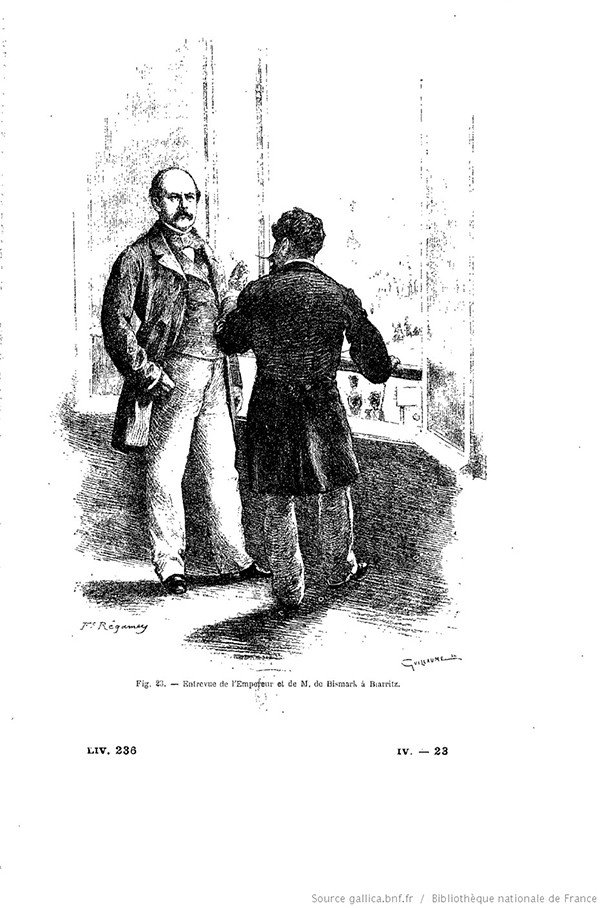 One way of understanding the Luxembourg Crisis is as one event in the context of Bismarck’s consolidation of Prussian power. As a quick introduction to the topic: Bismarck was Prime Minister of Prussia and then-first Chancellor of the German Empire as of 1871 and spent his years in power alongside Wilhelm I consolidation Prussia’s dominance amongst the German states by strategically declaring war against a number of key players. There is more to Bismarck and German history of course, but we’re focusing on this.

Bismarck’s strategies consisted of pitting other states against each other for Prussia (and then Germany’s benefit). The first war waged by Prussia was the Second Schleswig War, which Prussia and Austria fought against Denmark following a succession crisis. Prussia won….and then, two years later in 1866, declared war against Austria, the previous ally. What now? They turned against Austria after fighting a war together? As Chris Brown would say, ‘These hoes ain’t loyal”.

The Luxembourg Crisis slots into the Austro-Prussian War, as Bismarck promised Napoleon III he would receive ownership of Luxembourg (let’s repeat this again, you could just casually promise someone ownership of a sovereign state, no biggie at all…) if France supported Prussia in the war. And then…four years later Prussia and France war against each other! And this time, it ended with the unification of Germany under the German Empire, and Wilhelm I at the helm of said empire.

Interestingly enough, many of the historical accounts of the Luxembourg Crisis focus on these two main players. William III, you know the actual monarch and Grand Duke of Luxembourg, was as relevant to the topic as Beyonce. Instead, Luxembourg became a microcosm of the squabble concerning European hegemony, incidentally a topic that would be a big deal for the next 100 years or so. 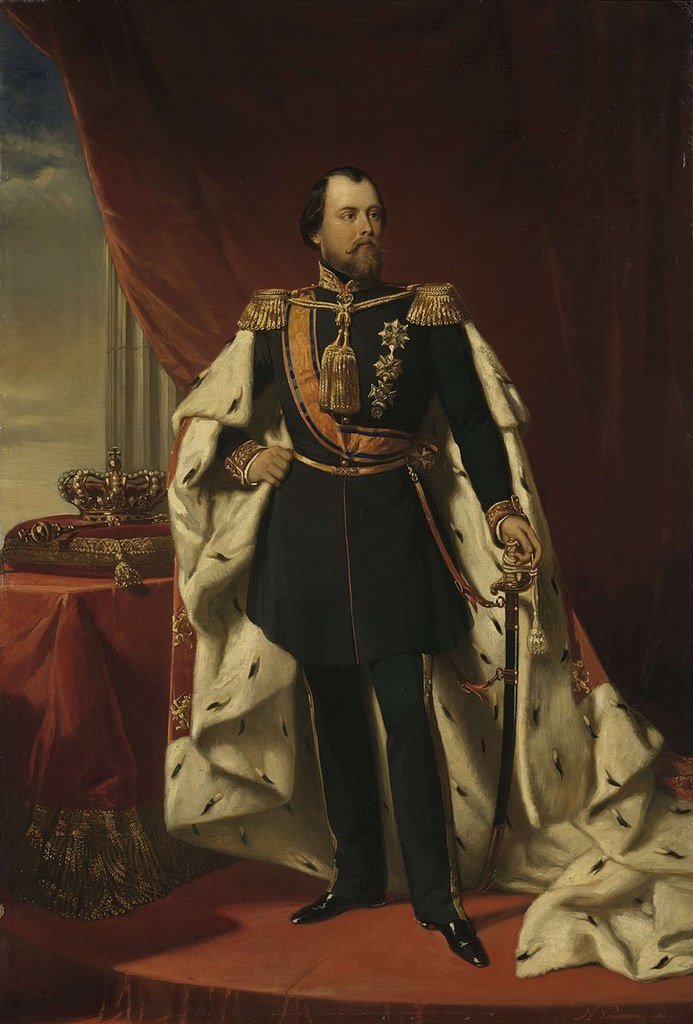 William III, aka Mr Irrelevant in this conflict. / © Public domain

Napoleon III had his eyes set on the Rhineland Palatinate for both political and economic reasons. One, the French emperor wanted to challenge the increasing dominance of Prussia and two, the region was becoming a coal powerhouse.  However, his plans did not come to fruition and a result, he wanted Luxembourg. Did Napoleon III ever have a chance of getting the Grand Duchy?

Enter Bismarck, stage left. The bushy moustachioed Minister-president needed assurances before declaring war against Austria. The two met at Biarritz in 1865, where Napoleon III proclaimed France’s neutrality in the impending war, hoping that Bismarck would offer land from the Rhine in return. Bismarck did not relent and instead offered Luxembourg to the French emperor, as the fortress of Luxembourg had indeed doubled as a fortress belonging to the German confederation.

Now that we look back on these formative years, we can obviously conclude that no, France did not ‘get’ Luxembourg. In modern speak, when the Austro-Prussian war was done and dusted and Napoleon III offered to buy Luxembourg from William III for 50 million florins, Bismarck intervened and responded: “LOL I pulled a sneaky on ya!” (Okay, maybe he didn’t). Why though? Did Bismarck want Luxembourg to become part of the unification of the German states? No, not really. Instead, he played into the crisis, which in turn stimulated German nationalism. All of Bismarck’s actions in this sense – delaying resolving the crisis, feeding opposition to the French purchase of Luxembourg – had an end goal in mind, which was German unification spearheaded by Prussia. 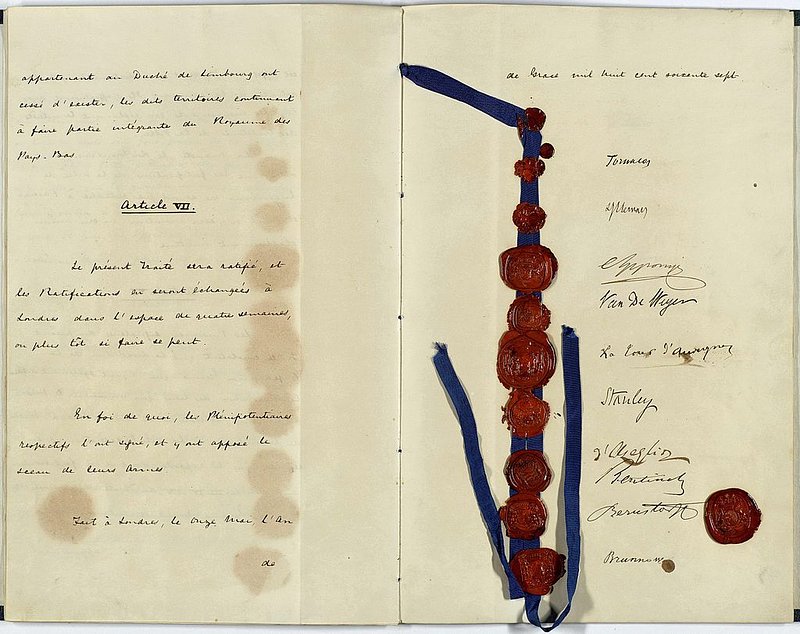 There were other issues at hand that contributed to the Prussian reluctance of letting France buy Luxembourg. For one, Luxembourg had been a state of the German Confederation, and later joined the Prussian-led Zollverein (customs union). This would in turn threaten the balance of power within these German institutions, and the Prussians had just engaged in a war to get rid of the other main rival within the German speaking states, Austria. In turn, Berlin pressured William III (he really doesn’t have a lot to say in this matter, does he? What a puppet) to refuse the sale and tensions between France and Prussia increased substantially.

This brings us to the Second Treaty of London, organised by Great Britain and involving the seven other international powers at the time: the Austro-Hungarian Empire, the Kingdom of Belgium, the French Empire, the Kingdom of Italy, The Kingdom of the Netherlands, the Kingdom of Prussia and the Russian Empire. The conference actually tied into Bismarck’s plans, as he appeared reasonable to the other powers and avoided a public relations disaster, and finally humiliated Napoleon III. Spoiler alert, this ends in war several years later, as after all, Bismarck liked to say “Great crises provide the weather for Prussia’s growth.”

Anyway though – this is about Luxembourg and the Second Treaty of London guaranteed Luxembourg’s neutrality and status as an independent, sovereign state. The treaty also reaffirmed the personal union of the Netherlands and Luxembourg under the House of Orange-Nassau. Given Luxembourg’s neutrality, the Prussian garrison also had to dismantle the fortress of Luxembourg City. For the first time since 1443, Luxembourg was no longer occupied by foreign powers. That is, until WWII rolls around.